google2422be0134555807.html
"Every facet of the human condition is painted skillfully across the broad canvas of a vibrant and often dark New Orleans, where curses are weighed on a single nickel - or are they? A pure delight to read." 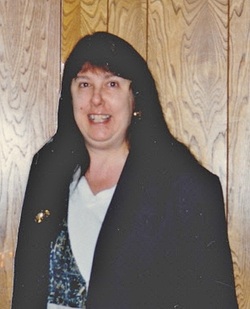 Like most writers, I always had a head bursting with scenarios and a drawer, shoebox, folder of unfinished manuscripts. My first short  story, "McTammany's Bed of Roses," appeared online in The Emporium Gazette, Issue 46, February 2003. With that sale, I earned enough to buy a novel in the paperback section at Wal-Mart or a couple of trade-ins at the local paperback swap-n-shop.

But I was a published author at age 54--and I was flying!

Why did I wait so long? I grew up during a time when parents believed daughters should take typing and shorthand, master a keypunch machine, become competent fodder for the secretarial pool. You can't make a living as a writer, you know.

So I worked in office and museum and university settings, where I typed words dictated by others. I became a file clerk, an executive secretary, an office manager. I married my favorite protagonist -- no regrets there--raised three most excellent children, who later blessed us with five most excellent grandchildren. But in my head and heart, the dream still simmered. And my favorite protagonist knew this. When I left my last job, he said enough, and threw his full support behind me.

Now my short stories have appeared in numerous online and print venues, with anthology contributions to The Rocking Chair Reader in the Coming Home edition (2004) and Family Gatherings (2005), A Cup of Comfort for Weddings: Something Old, Something New (2007) and Good Old Days Magazine (March, 2007). My debut novel ﻿Hoodoo Money ﻿(The Stolen Nickel Series, #1) was released in second edition on September 21, 2013.

One of my earliest fiction heroines was Nancy Drew. I couldn't get enough of her. Nancy was self-confident and clever and always, ALWAYS eyeball deep in trouble. Oddly, she was the direct opposite of me. Hoodoo Money is the kind of romantic suspense novel I loved to read then, and still do. Hopefully, I've succeeded in filling its pages with enough mystery to spark the imagination and ample romance to stir the heart. With a dose of sizzle thrown in for good measure.

My novels are set in contemporary Louisiana and Texas, so there's plenty of southern culture and visits to local "hot spots."

For a change of pace, I cooked up Caribbean love and adventure in ﻿Mangroves and Monsters﻿ (The Stolen Nickel Series, #2) also recently released in second edition. The third installment is my current WIP and tentatively titled If Destiny Should Find Her.

Guess that's the bio: me in a nutshell. Until next time, may your seasons be filled with an abundance of great reads.